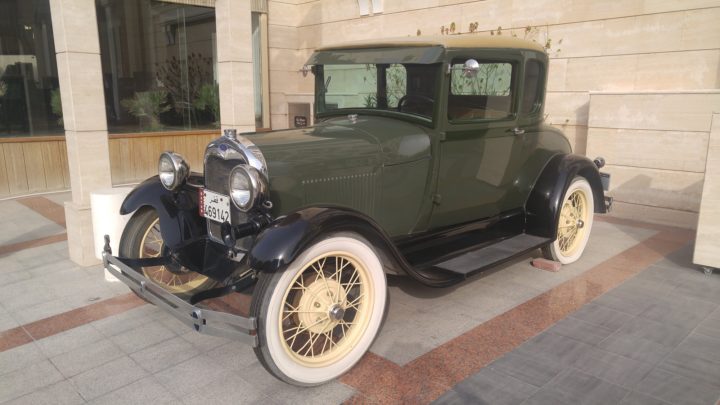 How to make a car more fuel-efficient to run

In this article, I am going to give scientific advice on fuel economy. I leave it to individual car owners to work out how (or whether) to apply my suggestions. For now, I will only consider external factors, by which I mean things you can do without changing the engine (and without buying into the Water4Gas scam).

Before making any modifications to your car, please realise that safety and performance are not compatible with maximum fuel-economy. A truly economical car would be slow and dangerous on the open road. Everything is a compromise. In fact, you can have any two out of the three, Economy, Performance, Safety, but you can’t have all three!

The first step in improving efficiency is to understand the causes of inefficiency and to do this you need to look at your car in a new light.

Here is a car. It has been parked for some time, so it has cooled down to the ambient temperature. It is in thermal equilibrium with its surroundings. It is sitting on level ground, so if you release the brake it will not start to move, i.e. its gravitational potential energy is zero.

OK, now let’s get the show on the road. To get the car moving requires either a rocket engine or a way of driving the wheels directly. Rocket engines come into their own in conditions of near-zero friction. If you plan to do most of your driving in rarefied atmosphere and on wet ice, with nobody on your tail, you couldn’t do better than rocket power. But let’s not go there either.

To turn a stationary car into a moving car, you need to apply a force F for a period of time ΔT. Assuming no friction (for now!) the Impulse, FΔT results in a change in Momentum, ΔMV, where M is the Mass of the car and V is the final Velocity, (Newton’s 2nd Law).

To generate the Impulse you have to sacrifice some fuel. What you want in return is Velocity. Therefore you must reduce Mass. Remove from your car everything that is not essential to propulsion: upholstery, seats, trims, dashboard, rear-view mirrors, lights, hi-fi system, cat-basket, the horn, bumpers, children, rear-window stickers, rear window itself. Cut four inches off the gear stick. Oh, and drive in the nude. You get the idea? Lightness = fuel economy.

The way to do this is to reduce the mass of the wheel, and in particular, to concentrate the essential mass near the hub and away from the circumference (since the contribution of rotating mass to Angular Momentum is proportional to the square of the radius). Rather like this:

Of course, while this will certainly improve fuel efficiency, you’ll pay a price in cornering and general roadholding. But isn’t it worth it to save a few shekels? It might also be timely to consider how many wheels you really need? [Hint – fewer than four!]

On the subject of cornering: Cornering and acceleration are two sides of the same coin. Both are, by definition, changes of linear and angular momentum. Therefore cornering, like acceleration, is not fuel-free. To maximise fuel economy, you should lock off the steering wheel and only ever drive in a straight line.

Now, having got our car up to speed, Newton’s First Law states that it will continue in uniform linear motion unless acted on by an external force. (This First Law is really just a special case of his Second Law. Some would say he was taking the P for even stating it. But others say it defines Inertia, so we’ll let him off, this time). So let’s try it – knock it out of gear (no engine braking) and see if it rolls on forever. Yes? You’re going downhill – that’s cheating! No? Welcome to the real world of…

Friction first: Friction occurs because nothing is perfectly smooth. Without friction, nothing would stay where it was put, except on a perfectly horizontal surface, and even then, only if there is no breeze. Parked cars would slide down the camber into the gutter. So friction is your friend. But that’s static friction, between still surfaces. Dynamic friction between moving surfaces, e.g. your wheel bearings, wastes energy as heat and slows you down. Or it would, if you didn’t keep burning a little more fuel to overcome it. One interesting fact is that dynamic friction is fairly constant over a wide speed range. You minimise it through cleaning and lubrication, but you can’t eliminate it altogether.

Air resistance: This is a nasty one. Unlike friction, air resistance increases with velocity. Worse, the increase is not linear. It appears linear at low to medium speeds, but at higher speeds the rate of increase also increases. It is not possible to put accurate figures on this, because it depends entirely on what they used to call streamlining – the aerodynamic design of the body. However, if you choose to drive a perfectly spherical car, your air resistance will be proportional to the square of the velocity. Once again, maximum fuel economy is definitely not compatible with safety here. Gliding is fun, but get your pilot’s licence first!

I’ve been having a bit of fun here, but the entirely serious points are:

And of course, fuel economy per head is achieved by carrying passengers!